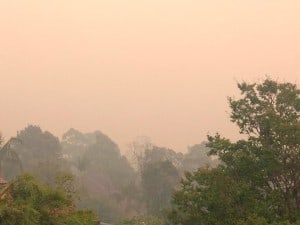 Today, I read a question on Facebook if anyone knew where on the beaches of Sydney that had no to little smoke. The person had bad asthma and couldn’t get the smoke out of her house.

Bushfires have been burning in the outer Sydney area for the last couple of weeks, casting a pall of smoke and haze over the city, Blue Mountains, Illawarra and CentralCoast regions. The hazey conditions, blanketed by cloud, will continue over the next few days at least or until the fires subside or weather conditions change.

Visibility across the Sydney basin was down to a few kilometres. Typically, Sydney’s air quality is good to very good according to monitoring by the NSW Office of Environment and Heritage air quality data index here http://www.environment.nsw.gov.au/aqms/aqitable.htm The index updates every hour with readings 15 to 50 times higher above normal levels, considered to be “poor” to “very poor” air quality. 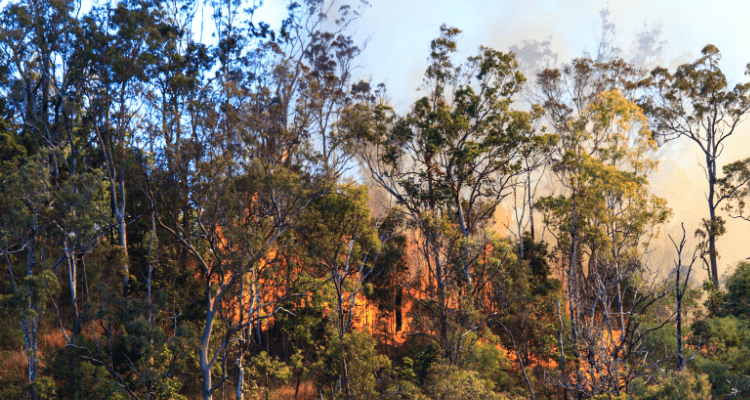 This year, summer of 2019 – 20 bushfires affected regions in NSW located on the north and mid north coasts, Hawkesbury and Blue Mountains, southern highlands and south coast, Riverina and Snowy Mountains, and some suburbs of metropolitan Sydney, in NSW alone. Other states experienced multiple series of bushfires sending a shrouding haze over Adelaide and Sydney and onto New Zealand across the ditch.

Bushfires can result in a large amount of smoke particles and pollens easily transported to any part of the state by the winds. Increased particulate matter in the air irritate airways and shown to have adverse health effects on cardio-respiratory health. The particles are graded at PM10µm and PM2.5µm. The larger particles are usually trapped in the nose and throat and swallowed. The smaller particles are unpleasant, unhealthy and have nowhere else to go except your lungs and cause irritation.

Signs and symptoms of smoke exposure

The gases and fine particles produced during a bushfire can make existing respiratory diseases worse, according to Department of Health, Western Australia, causing:

People with heart disease may experience chest pain, palpitations, difficulty breathing, fatigue. When smoke levels are high, even healthy people may experience some of these symptoms.

Most people recover quickly from smoke exposure, particularly if they are moved to fresh air, and do not suffer long-term health effects.

Children, the elderly and those with respiratory conditions are most vulnerable and need to take extra precautions. Those people who are otherwise healthy can be adversely affected by high bush fire pollution levels as well and are encouraged to avoid running or exercising outside.

NSW Health advises those at risk to bush fire smoke to stay inside and keep doors and windows closed, remain in an air conditioned building if possible, drink plenty of water, stay cool, don’t exercise outside and asthma sufferers should follow their asthma action plan.

The best treatment is to avoid polluted environments, find cleaner air. Air conditioned rooms provide welcome relief, whether at home or friend’s, in the shopping centres or even in the movie theatre 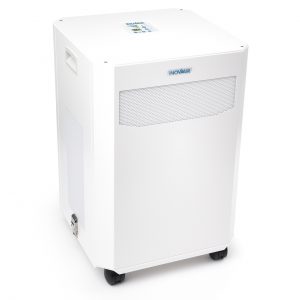 Considered hiring an air purifier? Breathe easier, sleep soundly and feel better by improving your indoor air quality. Round the clock protection effectively removes airborne pollutants and particulate matter when you need it most.