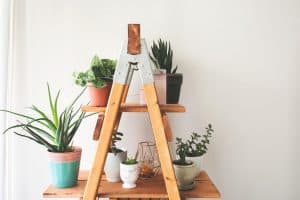 Indoor Air Pollution and Your Health

A number of recent surveys and studies documented by major organisations including the American Lung Association (ALA) and Centre for Disease Control, highlighted the increasing danger to both people and the environment posed by the use of chemicals in the home and workplace. Increased use of ordinary items such as ammonia, bleach,
Mould and mildew cleaners, toilet cleaners and antibacterials have resulted in most people being exposed to more toxic chemicals in every day life than ever before.

The Environment Protection Authority (EPA Australia and USA) reports that indoor air  pollution contains allergen and irritant levels two to five times higher than outside. Generally people spend more than 90% of their time indoors, over half of that in their homes, (7% in cars and only 3% outdoors) maximising exposure to chemical allergens.

Compared to previous generations, children spend more time indoors. World Health Organisation and ALA reports that “children breathe more air and are exposed to more pollutants relative to their body weight than adults and generally they are more susceptible to pollutants”. This may be a major contributor to increased asthma rates and dust mites allergy in children.

In addition to harming people, the modern world’s increased chemical usage is contributing to long term damage to the environment. Cleaning chemicals, as well as body care products and gardening chemicals, all pass through treatment works and pollute the waterways.

One significant trend is that more and more people are turning to environmentally safe cleaning products and methods such as microfibre technology. Most cleaning jobs in the home and office can be carried out using gloves and cloths with a small amount of water.

In the long term, cleaning this way can save money with long life gloves and cloths rather than continuously dishing out money for chemical based products. Little water is used with the microfibre products, which can decrease your water bill as well as conserve a precious resource.

Simply by changing the way we clean our homes and offices, we can improve our health and the health of the planet for our children.

Baking soda (sodium bicarbonate) is a slightly alkaline substance that will neutralise acid based odours and absorb odours from the air. It can be used for bench tops, sinks, bathtubs, and ovens. It is useful as an air freshener and will deodorise carpets.

Washing soda (sodium carbonate) is much more alkaline. It does not release any fumes but is caustic and skin should be protected with gloves. It will remove grease, wax, and waxy substances like lipstick.

White vinegar and lemon juice are safe acids that can be used to remove stains and dirt that are caused by alkalis e.g. mark left by hard water in baths, basins and their drains. These will also remove dirt from wooden surfaces and tarnish from metals.

Published by the Federation of Australian Scientific and Technological Societies, a report prepared by the Clean Air Society of Australia and New Zealand in 2002 called for the creation of a national body to improve air quality in homes, schools, hospitals, offices and even caravans.

“A much wider range of possible air pollutants can be found at elevated levels indoors than outdoors” the report said. It listed carbon monoxide (emitted by unflued or poorly flued eaters and stoves), nitrogen dioxide, formaldehyde, (from wood based panels such as particle board, MDF and plywood, especially in mobile homes, offices, classrooms and caravans), cigarette smoke, lead from old paints, dust mite, moulds and fungi as serious problems.

“Modern buildings are designed to conserve heat, but in doing so they limit ventilation and prevent air circulation, thus trapping the pollutants inside”

Other pollutants that arise from within buildings include car exhausts in inner-city buildings, or in any building with attached garage, or in cars travelling in heavy, slow moving traffic.

What can you do to prevent indoor pollution in your home or workplace? The simplest answer is to avoid using products in any indoor setting that emit unacceptable levels of pollutants.