As the years pass on, your carpets, rugs and lounges accumulate all manner of dust, pollen, dust mites … chemical residue from pest deterrents and soot from outdoor pollution … pets leave behind hair and dander … even the dust from that renovation job … just sitting there. 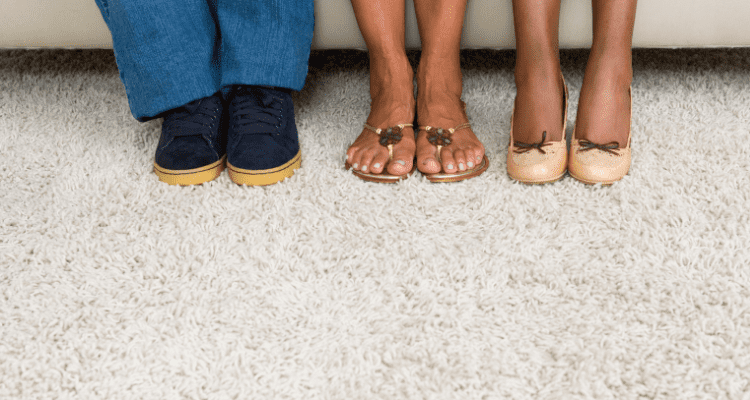 The chances are pretty high that normal vacuuming and even steam cleaning can’t remove these irritants. What gets picked up is merely exhausted out of your vacuum … through the air … back into your carpets and rugs … and if there are any damp spots, the dust simply sticks to it creating a composting effect.

These irritants and particles not only greatly reduce the life of your valuable carpets and soft furnishings … it affects their appearance … and they can be a major cause of constant coughing and sneezing, allergies and asthma.

Normal vacuuming alone is not an effective means of reducing the dust mite population … despite what some sales person claims. The mites resist being sucked into your vacuum cleaner … they cling on to the carpet and bedding fibres.

If normal vacuuming can’t seem to move these minute particles … only those larger particles of dust you see … out of sight out of mind particles and you think the job is done … what about the dust mites and bacteria!

Regular vacuuming of the mattress and bedroom flooring … once a week … will help reduce the dust particles and allergen load to some extent … only the first minute or two is effective. Any longer … normal vacuuming has very little effect.

Another consideration … the vacuum bag starts to fill up with dust and a plethora of debris which in turn reduces the suction in the process … again has little effect.

What about steam cleaning your carpets and mattresses to get rid of dust mites in carpets?

Snappy drying steam kills house dust mites. Yet if steam does not evaporate fast enough, the steam adds moisture to the material and flooring. This creates a denser mass and more difficult to be sucked up using normal vacuuming. In effect, it creates a decomposing environment and if not dried properly, mould spores can develop.

Not only avoid moisture laden steam cleaning methods … take too long to dry particularly in humid or wet, wintery conditions … toxic aromatic dry cleaning systems … many people are sensitive to aromas without even knowing they are in the first place … deodorisers are unnatural to the home environment … without testing it first to check if the occupants can tolerate them.

So what determines the number of dust mites in your home?

House dust mites are microscopic organisms that live mainly in mattresses and carpets within the home, where they feed off human skin flakes and other products.

These mites are a major source of allergens that can sensitise various organs, leading to inflammation at the next exposure.)

According to researchers Woolcock (1991), high levels of mite allergens occur in dwellings along coastal areas of Australia.

Black (1993) suggested that house dust mites were more likely to cause sensitisation than pollens or fungi … house dust mite exposure is substantially higher indefinitely rather than seasonal.

According to the New Zealand Institute of Medical Laboratory Science (2006), researchers in Wellington conducted tests to measure levels of the major house dust mite, Dermatophagoides pteronyssinus allergen (Der p 1), and examine factors that may affect their levels.

The bedrooms of 474 children, aged eight to ten years old, were tested collecting dust the child’s bedroom floor and child’s bedding and from the living room floor.

Very high levels of house dust mite allergens can be due to a variety of lifestyle and climatic factors.

What I found though, quality vacuuming is slightly better than quantity.

By vacuuming methodically one direction and then going over the same area the opposite way … slowly though … the vacuum tends to pick up a little more of the smaller particles … not all though.

Dust and carpet mites may not be an acute issue with many people, but can be very symptomatic for some.

Engage with professionals such as Mitey Fresh, who understand dust mites and the environment they live in.

2 thoughts on “The Scary Truth About Dust Mites in Carpets”