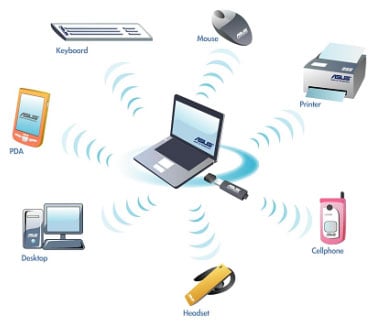 Wireless Technology – A Danger We Can’t Live Without . . .

The wireless revolution has effectively changed the way we communicate with one another, enabled us to access information around the globe at the touch of a button, dramatically changed the face of the workforce and positively influenced medicine and education and for that matter, almost every other profession.

Questions about the safety of electromagnetic fields in our homes were first raised by Wertheimer and Leeper in 1979 who associated the incidence of childhood leukaemia with exposure to high voltage transmission lines(6). Since then there have been a flood of studies on the adverse health effects associated with electromagnetic field exposure typically found in the built environment(7).

As a result of the weight of this evidence, the International Agency for Research on Cancer classified extra low frequency magnetic fields(8) and radiofrequency electromagnetic fields(9) used in Wi-Fi and telecommunications as Group 2B carcinogens i.e. possibly carcinogenic to humans.

Despite the reluctance of our authorities to acknowledge electrical hypersensitivity as a medical condition, legal acknowledgement of the condition and compensation was awarded to an Australian doctor suffering from the condition this year(11).

Children are uniquely susceptible to electromagnetic field exposure because unlike adults their skulls are thinner, their immune and nervous systems are still developing, they undergo increased levels of cell division and they will be exposed to these frequencies over a much longer period of time(12,13). Recent statistics indicate that 90% of Australian children use the internet at home, whilst almost 30% of five to fourteen year olds and 75% of high school students had a mobile phone(14). Studies on the impact of mobile phones and wireless technology on children bring up ethical and moral dilemmas that few in the scientific community are willing to pursue.

In addition, apart from the threat of litigation, governments are reluctant to acknowledge adverse health effects because they have embraced the technology and in some cases, made it mandatory for all new school buildings(15), they rely on the millions of dollars in tax revenue, and lastly they recognise that consumers are demanding the technology. Likewise the telecommunications industry needs to ensure dividends for its shareholders. This may explain the lack of data available on children and yet we are exposing millions of them to this technology both in our schools and homes every day.

This was recently acknowledged by the Australian Radiation Protection and Nuclear Safety Authority who in February stated “due to the lack of scientific evidence on mobile and cordless phone use by children, we recommend that parents encourage their children to limit their exposure”(16).