What is Mould and Mildew?

Mildew is a type of fungi or mould that can invade your home by growing on your walls, ceiling and floors. It grows on many types of material found in your home such as your carpet, insulation, wallpaper, wood, tiles, windows, curtains and so on.

Wherever it is located in or on, it tends to look dull, grey and ugly.

Where is mould and mildew in the home?

Mould and mildew grows in moist, dark areas in your home. After events such as a leak, too much humidity, dampness on your wall, condensation on the window or even flooding from broken pipes, mildew can start to grow.

Mould initially travels through the air as spores and can easily float into a damp area and land. After it lands on a moist surface, it can start to grow within 24 – 48 hours.

What ever colour or how ever small amount is visible, it is also bad for your health. According to USA EPA and Government of Western Australia Department of Health (n.d.) some of the main mould symptoms such as sneezing, runny and or blocked nose, unable to stop coughing, breathing difficulties such as shortness of breath, wheezing, itchy, watery eyes, increased respiratory tract infections, hay fever, sinus headaches, joint pain, exacerbation of asthma, excessive phlegm in throat, colds and flus that you just can’t seem to get over, reoccur again and again, fatigue and lethargy, and even depression.

So, how do I get rid of mould and mildew?

Mould and mildew stain removal can be a simple process!

In excessive situations, hire dehumidifier to prevent further mould growth and health deterioration, and provides time for you to assess where and what the triggers are.

In less acute situations, place natural Zeolite rocks in the area will prevent the mildew from spreading.

And, how do I get rid of mould stains on surfaces, such as linoleum or tiles?

Make sure you dry the surface and the surrounding area. Remove anything that the mould can spread to, such as clothing or carpeting. Move damp items away to assure that the mould does not spread further.

How do I get rid of mould with vinegar?

Mix 80% fermented vinegar with 20% water and apply to the stain with a spray bottle, leave for 15 minutes before cleaning away. Be sure to rinse thoroughly. The stain may at times be too set, but with the mixture, the mould spores are dead and inactive.

How do I get rid of mould from carpets?

Mould removal from carpeting can be a bit trickier. First, you should try drying the carpet. If you’re able to move it, place it outside in the sun to dry, front and back. If you can’t move the carpet, run some blow heaters near it to dry out the moisture. If too far gone, roll up and throw out carpet.

Vacuum the carpet to remove any loose mould spores. This will prevent them from spreading further. Apply the fermented vinegar mixture to the affected mouldy surface and begin scrubbing with a brush or white towel.

If you don’t have access to vinegar, applying laundry detergent mixed with water instead will work, rinse. After you’ve scrubbed the mildew stains away, dry thoroughly and vacuum over the area to lift the detergent residue and mildew away from the carpet

If you don’t have a good vacuum cleaner with a HEPA filter, or having air quality issues, you need to learn how to vacuum a room professionally. 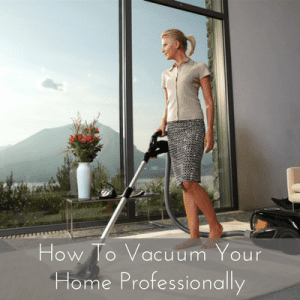 Removing the mildew from your home will cause you to feel better, and feeling better makes you happy! Mitey Fresh can help!