If you suffer from allergies all year through, or if the allergies worsen during the damp months (rainy and winter), then you may be suffering from mould sensitivities or allergy.

The symptoms of mould sensitivities and allergy are similar to those of other allergies. Common mould allergy symptoms are coughing, watery eyes, headaches, and irritation of the skin, nose, eyes and throat.

The symptoms of mould allergy differ from person-to-person. Some people allergic to mould can also develop asthma. Symptoms of asthma include coughing, wheezing, shortness of breath and chest tightness. Other serious medical symptoms caused by mould include allergic fungal sinusitis , allergic bronchopulmonary aspergillosis, and hypersensitivity pneumonitis. People who are immuno compromised or those taking immuno suppressant medication may develop recurring skin infections. 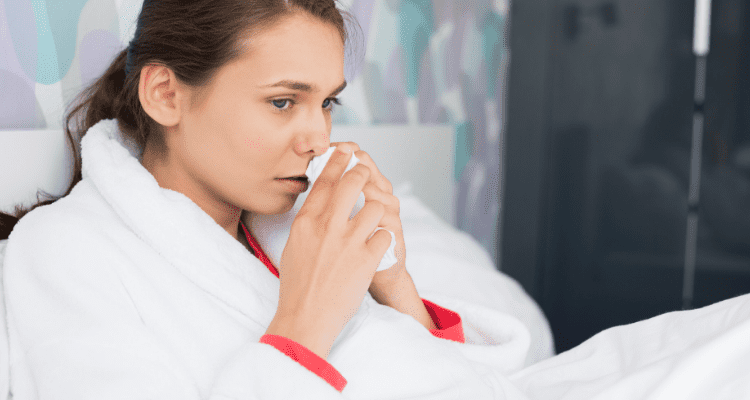 When someone allergic to mould inhales the airborne mould spores, their body reacts by producing anti-bodies to fight the invasion. This triggers the release of substances such as histamine which causes the person to experience mould allergy symptoms.

The four common types of moulds that cause allergies are Penicillium Notatum, Cladosporium Herbarum, Aspergillus Fumigatus, and Alternaria Alternata. It is possible for an individual to be allergic to one type of mould and not be allergic to the other moulds.

Factors That Put You at Risk of Mould Allergy

Mould grows wherever there is moisture and is found in both the external and internal environment. Mould grows on dead leaves, wood, and plants, fruits and vegetables, and on damp surfaces such as carpets, walls, wood, and paper.

When the temperature in houses decreases locally (e.g. at window panes, unheated sections of the house or poorly insulated walls), the relative humidity rises and accelerates microbial growth according to WHO (2009).

While mould is everywhere, there are certain factors that can put you at risk of developing mould allergy symptoms. These include –

1. Genetic history of allergies – If allergies and asthma runs in your family, you are more likely to develop mould allergies.
2. Your occupation – Certain occupations involve high exposure to mould. For instance, farming, dairy work, baking, carpentry, winemaking and furniture repair.
3. Living or working in a building with high humidity – Buildings and rooms that have relative humidity levels in excess of 60 percent can lead to proliferation of mould. Sydney is a prime example of a city with many mould problems.
4. Poor ventilation – Lack of ventillation creates ideal conditions for growth of mould. Spaces that lack ventilation such as the bathroom, kitchen, basement, and loft, are more likely to have signs of mould growth.

Recent epidemiological studies suggest that the adverse respiratory health effects caused by the inhalation of fungal propagules are substantial according to Dharmage et al. (2001). The study found high indoor fungal exposures were associated with infrequent ventilation or vacuuming, presence of pets, visible mould and old carpets.

Since moulds are common, it is difficult to prevent exposure to them. However, you can take several steps to reduce the presence of these triggers in your immediate environment. 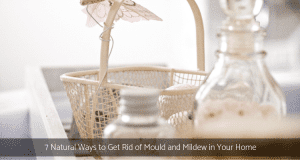 Indoor exposure to certain fungal genera in winter was a risk factor for asthma, atopy and respiratory symptoms in children accordng to Garret et al. (2001). On the other hand, no significant associations were seen between average viable or total spore concentrations and child health. Actual measurements of fungal spores predict health outcomes better than reported dampness.

Houses need to be specifically designed for primary prevention of respiratory problems associated with indoor allergen proliferation rather than using post hoc procedures to improve indoor climate and reduce allergen load as a secondary or tertiary preventive strategy according to Peat et al. (2007).