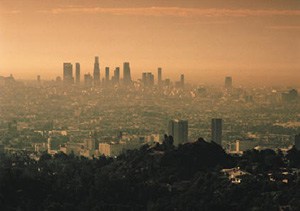 How to Clean the Air

How We Can Clean the Air

From costly air filters to cheap face masks, unless big cities tackle air pollution seriously the only sure protection is to move. So what’s the best way to clean the air?

As Martin William writes for the South China Morning Post Sunday 27th January, 2013 , it’s a warm, sunny afternoon without a cloud in the sky. He views it looks like a lovely day. Yet checking the Hedley Environmental Index website, Martin finds that air pollution levels are “very dangerous”, and from midnight to 1pm today there may have been four preventable deaths and 11,505 doctor visits attributable to breathing Hong Kong’s filthy air.

The astonishingly dense smog afflict Chinese cities including Beijing, where on January 12 the US embassy recorded 886 micrograms of small particulates per square metre: that’s 35 times higher than the World Health Organisation’s short term (daily) air quality guideline, which should not be exceeded on more than three days in a year.

While Hong Kong’s former chief executive Donald Tsang seemed little concerned regarding air pollution, describing it as “a question of visibility”, his successor CY Leung has acknowledged that air pollution impacts public health. Indeed, research suggests that in Hong Kong, it results in more than 3,000 deaths and seven million doctor visits per year. How do people clean the air when it’s so dirty?

Air purifiers have surged in popularity on the China mainland, with sales up by 700 per cent compared with previous years. Even China’s leaders are using air purifiers, revealing a far less nonchalant attitude to air pollution than did Donald Tsang.

Home air purifiers include devices that use electrical charges that cause particles to attach to surfaces or one another. Some purifiers remove gases from the air, and may target relatively few chemicals. Others chiefly filter out particulates, the best being high-efficiency particulate air (HEPA) filters, and these may be the preferred option for trying to reduce air pollution at home.

How successful are air purifiers at cleaning the air? There have been some studies on use of air filters for combating air pollution. InCanada, portable air cleaners reduced particulates in homes using wood stoves, and there were improvements to residents’ blood vessels, suggesting the filters might decrease the risk of health effects from the wood smoke. A Danish study found that HEPA filtration removed more than half of the ultrafine, fine, and coarse particles in homes of elderly people living near highways.

Another alternative is using house plants – the “living air purifiers”, though sadly, benefits may be trivial. But at least they can look good, and with research suggesting greenery boosts health and well-being, having more houseplants around might make you just a little less stressed from wondering if you might become a Hedley Index statistic.